Whoops, didn’t mean to neglect the blog for so long… also forgot about poor old Twitter too. It’s been an exciting week for <Damage Control>. We decided to take on the raiding as soon as possible and its been a fun trip so far. This week we’ve cleared Ten Man OS, Ten Man VoA, Naxx (Spider Wing, Patchwerk and Plague Wing up to Heigan the Unclean) and ALL of the Horde City Leaders! I think this is pretty damn good for spur of the moment raiding. I personally also finally managed to heal the last boss of Heroic Halls of Lightning. I have no idea why thats been so tough for me but it has.

Also in Andrea news… I’ve leveled Herb/Alch on my DK to 375. I want to get it up there to prepare pots and such for our raids. Im also working on my rogue still. She’s only 76. I have no idea why it’s pissing me off so badly but I am leveling her slowly all the same.

I’ve got some more informative posts circling in my head that I’ll hopefully have up for you all soon… in the meantime, have some screen shots of the guild’s achievements: 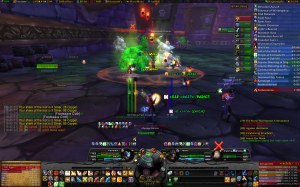 On the way to Patchwerk 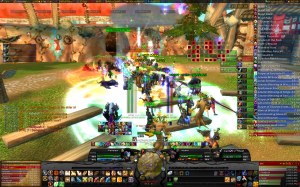 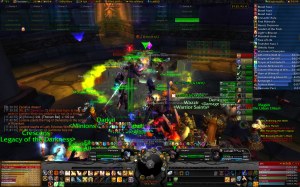 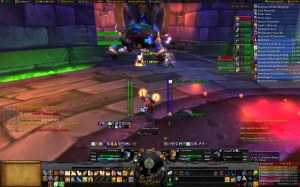 Well maybe its not that much anymore. I’m not sure. I’ve been PvPing on my rogue EVERYDAY for nearly a month now, and with how terrible the Alliance is in our Ruin Battlegroup, it’s taken me twice as long as I thought it would. However I am nearing that home stretch. Ive just got my boots, a ring, and some bracers to go. Then I should have all the PvP pieces I need to beginthe ultimate goal. Before that though I need to wrap up my SSO and Aldor rep so that I can have that shiny new neck piece as well. Then it shall be off to the gold grind.

So what’s the plan? Well, I haven’t got it all figured out yet but here’s some ideas to make that gold grind go faster. And no, I don’t intend to play the auction house game by buying low and selling high. I’ll gamble when I have money to gamble with, and no sooner.

So what do I do once I’ve filled up my bags with goodies to sell? Well….

That’s pretty much it. Andrea’s how to farm gold and sell it properly plan. Now that you’re all enlisted go have a go. Good luck with it.

Well not really, we lost. But I did the most damage so HA! 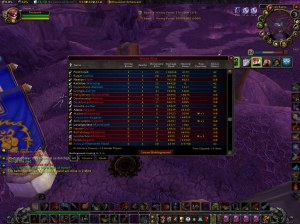 This is one happy little gnome

“Haaavvvvvveeeee you heard the news that you’re dead? No one ever had much nice to say, I think they never liked you anyways…..”

Sorry I couldn’t help myself. If you don’t know it, the song is Dead! by My Chemical Romance. Check it out on youtube or something.

Anyways, Real life hit like a truck and to make things more complicated my baby girl decided my computer was thirsty for some Mountain Dew. It still has not recovered, but I’ve managed to throw together a backup that can sustain my WoW addiction. We are now three weeks into my husband’s six week deployment and I am utterly exhusted. Of course there’s been drama, some tears, and a pact to not actually tie the kids up and throw them in the closet. Somehow though the house remains relatively clean and no one was arrested the day my family came for a visit, though there were some narrow escapes.

Now everything is settled down and we are still a few weeks out from Garen’s return, so I think we can take a few moments to take a deep breath and realize we can and will surivive this, even if we don’t want to.

So in recent weeks Ive resigned from raiding in my husband’s absence. I just don’t have the awesome multitasking ability of screaming at children to be quiet so I can learn this boss strat. I will pick up on it again once Garen returns. This has left a lot of time to farm and play alts. I’ve been PvPing like mad on my rogue, I even respec’d her to Shadowstep. I know yuk it up, But I tell ya its saved my butt more times then I can count. I like using it to gain some yardage on running the flag in WSG.

Ive also been running a lot of Heroic Magister’s Terrace for the shard of contempt. It dropped once but I lost it to a DPS warrior. Ah well we’ll continue to run for it. I also have done a couple of Karas but believe it or not, not a SINGLE peice of melee gear has dropped on either of those runs. It makes me want to cry inside.

I still want to reach the gold cap before WotLK and I hope I have enough time left over to level one more alt. However without my main machine running I am without my UI, my pretty mods, and I cannot multibox on this machine, so it’s on the back burner for now. So PvP farming and gold farming it is. Wish me luck.

I hope that I have corrected all this enough to continue to blog again for you all. I’m sorry I left you hanging but I am sure with time, you will come to forgive me. Now if you’ll excuse me there’s a hook in the closet with my son’s name on it.

Well the other night my Rogue hit 70. She’s my 6th. Makes me feel pretty wasteful of my life actually but having a rogue is good fun. I immediately did the 40 eye of the storms I still needed for her season 2 weapons. Of course we lost every single one (horribly). How can alliance suck that badly at pvp? I guess that’s a rant for another night. Anyways, her pretty new weapons made a HUGE difference! She put out some bigger hits which is always nice.

I took her into Kara for the first time in her level 60 blues and 70 greens. She didn’t fair horribly. She wasn’t last on the damage meter but dang close, and the Pally tank who was solo tanking beat me out in damage. I have a lot of work to do for her before she’ll be of any real use. I intend to use her mostly to farm with but would be nice if she could also backup on raids. She is my first melee class, learning to get behind stuff so you don’t get clobbered is an interesting change as I’ve always been ranged or the tank or healer. I’m sure I’ll adjust though.

Next up I plan to either reach the gold cap for the first time or work on those multiboxing hunters. Not sure which I’ll do though. Sorry for the no post in a while I’d had a little bit of a rough patch in that game we call life, but it appears everything is settled now. I hope to be back full force with some good articles for you all to enjoy. Thanks for sticking around with me. Much love to my readers!

Thats of course not to say that we dont win every now and again on the Alliance. We do. But in a general sense the Horde are far more organized and serious about the PvP. But I can remember a time when this wasn’t true. A time when the battlegrounds were new, and the odds were fairly even. I remember when AV was truely epic.

While I, like any other current WoW player appreciate the ease of gather up free PvP epics, I do occasionally miss the sheer awesomeness of what AV was. When there were NPC’s EVERYWHERE and you surely didn’t want to resurrect at Snowfall, because then Korak the Bloodrager would surely own your soul. And I once very early on met my fate against the Alliance’s Ram Raiders. When summoning Lok would turn the odds at a turtle on the bridge outside of the Alliance Base. Sure, you waited HOURS for the queue, but you got to exalted in one shot! And you would walk out with near on 100 thousand honor. There was nothing better then logging on two days later and getting into the SAME AV. Even finding out which side won on the forums three days later.

I was infuriated at first, when AV became the race it was, Horde and Alliance riding right past each other in hopes to down Drek or Van first. The quickest matches ever and it broke my heart. To me, Warsong Gultch and Arathi Basin were there for the quick matches. I wanted AV to stay the epic encounter it was. Apparently Blizzard had other plans for it.

Slowly they took away all the things that made it great. First there was the additon of Cross Realms, which of course, shortened the queue. Then came about the ability of the imfamous “Wall-Pull” for the Horde. Then the NPCs began to disapear, and eventually, were completely gone. Finally they added the reinforcements.

With The Burning Crusade I watched the ways of the 40 man raid die. Epics were no longer epic, and people just don’t understand the sheer amount of work and learning that went into these encounters. Thunderfury became trade spam, and all respect for those that really worked for thier purple pixels was gone. Now, instead of aweing over someone who achieved the nicest quality of gear, we mock those who don’t.

I miss the old days and held out a hope that maybe, just MAYBE, AV would be left be. But it, too, no longer represents the days of WoW that I loved, and miss. Unfortunatly, I’m told I have the same sort of thing to look forward to in WotLK. To all my fellow players who knew World of Warcraft the way I once did, here’s to you! And don’t forget to loot the damn dogs! XD 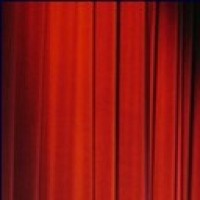 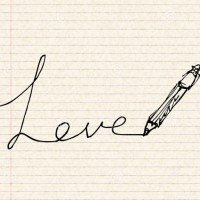 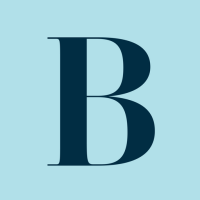 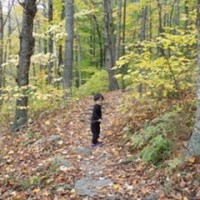 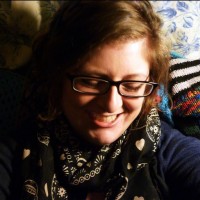 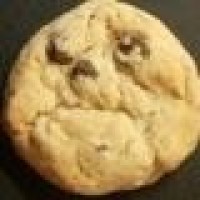 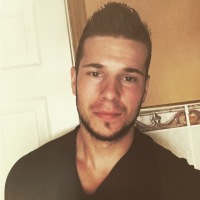 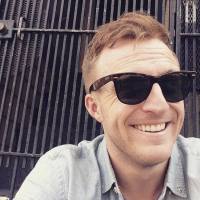 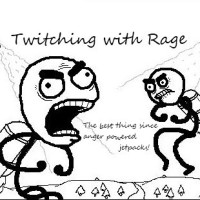